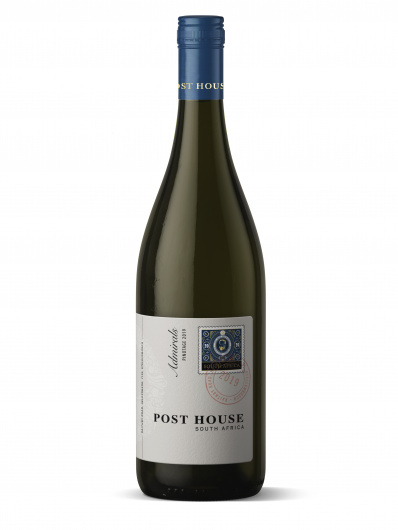 In philately the Admirals are a series of stamps issued by three countries of the British Commonwealth which show King George V, King of Great Britain and the British Dominions, dressed in his Admiral of the fleet uniform.

A dark blue red rimmed Pinotage with a nose of blueberry, strawberries, chocolate, pepper and a hint of floral, giving a rich smooth palate of ripe fruit and spices. Enjoy now or keep for up to 4 years.

The Post House farm was bought by the Gebers family in 1981, in the picturesque area between the towns of Somerset West and Stellenbosch, and is situated at the foothills of the Helderberg Mountain. The farm was systematically planted to vineyards. Situated 7km from False Bay coast a breach in the coastal ridge channels the south and south west winds towards the vineyards. These being generally cool breezes; help moderate the summer temperatures. The property covers a total of 71 hectares of which 37 hectares falls under vineyard.

The grapes were fermented using selected and fermented natural yeasts from the vineyard. Open tank fermenters are used with the skins pushed down 4-8 times during peak fermentation. Malolactic fermentation took place in tank where the wine had minimal handling. The wines were racked 3 times over a 12 month period. Sulphur levels were kept to a minimum. 25% was barrel aged for 12 months in 225 litre French and European barrels