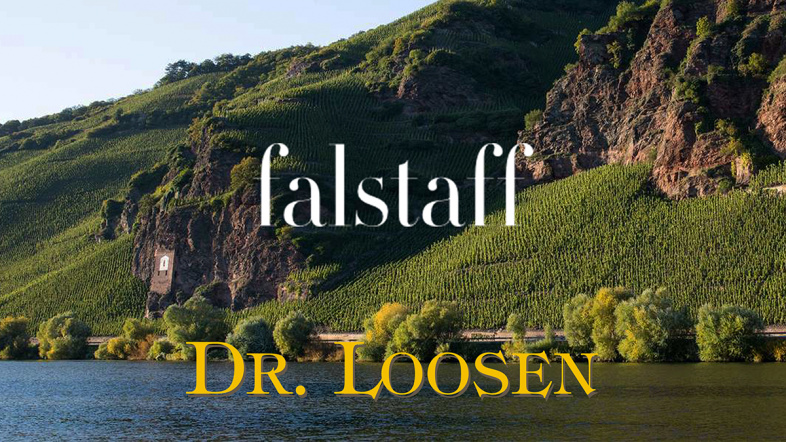 Library releases of dry German Rieslings are still a rarity. Loosen, however, always in pioneering mode, had set these special parcels aside in order to showcase the striking personalities of these wines with some age. Loosen has long experimented with ageing Rieslings, inspired as much by Mosel history – where dry wines prevailed before the advent of sterile filtration in the early 20th century – as by his own experience of ageing dry Mosel wines in barrel.

Inspired by the Past

Loosen cites a winemaking manual from 1817 and the practice of his paternal grandfather as impetus: “I became very interested in these things: what does time do to winemaking? In the old days they had time but no technology – today we have technology but no time. They knew so much, and we have forgotten so much,” Loosen says. “In my grandfather’s day, they left wine on gross lees without batonnage. As long as the lees are untouched, they stay alive and create a reductive environment that protects the wine.” After two years of ageing in this reductive environment, the wines are bottled and aged further.

“For the Réserves,” Loosen explains, “we are using our oldest vineyards, all ungrafted.” These old vines are in small, single parcels. The parcel “Im Laychen” lies within the Wehlener Sonnenuhr vineyard and is 100% south-facing, rooted in Devonian slate. “This is our oldest vineyard in Wehlen; we have owned it since 1911. But it goes back another 20-30 years. The vines are up to 130 years old.” The special parcel within the Ürziger Würzgarten site is called “Unterst Pichten” and the vines are 100 years old. They are grown on rhyolite, a volcanic conglomerate. The third wine is not named after a parcel but comes from very old vines in the Erdener Prälat. Loosen says: “It is a special meso-climate: south-facing, steep, completely surrounded by huge cliffs, like an amphitheatre. It is our warmest vineyard.”

The wines are pristine and will be able to continue ageing for a long time yet. These old vines produce lots of tiny berries and even at full ripeness, their potential alcohol rarely exceeds 12.5% ABV. Only absolutely healthy berries without any botrytis infection make it into these Réserves. Loosen has produced these Grosses Gewächs Réserves, or GGRs as he calls them, since 2011. They are always released in March, six years after harvest.

"The initial nose is not of fruit but of earth, followed by a sense of creaminess and a hint of molten candlewax. With more air, a real notion of iron oxide, almost blood, appears and crushed redcurrant leaf. The palate then unfolds in spectacular fashion – depicting this multitude of aromas against a smooth, creamy, textured depth while lemon brightness illuminates everything. The finish is endless. Drink by 2050."  Tasting: Falstaff International London Editorial Tastings ; Tasted by: Anne Krebiehl MW

"A herbal savouriness on the nose suggests potentilla on hot stone. Then follows a citrus notion of ripe tangerine peel. On the palate this rounded citrus notion attains a lovely, zesty pithiness that adds a beautiful textural element. There is something inherently juicy and salty here. This is smooth and concentrated, beautifully dry and intense with an immense terperne load. Drink by 2050." Tasting: Falstaff International London Editorial Tastings ; Tasted by: Anne Krebiehl MW

"The nose opens with a pure and sustained sense of dried lime and lemon peel of real intensity. With more air, nuances of bergamot appear. The palate is absolutely concentrated and comes with an incredibly zesty texture that intensifies the citrus freshness. This is pristine, clear-cut and absolutely elegant. Like a sublimation of Riesling, distinct, serene, fresh. Drink by 2050."  Tasting: Falstaff International London Editorial Tastings ; Tasted by: Anne Krebiehl MW